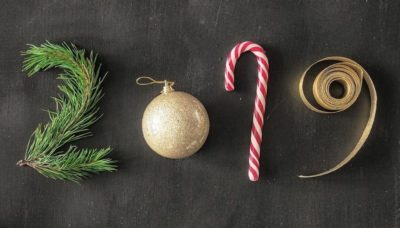 Hello! this is Wan Wei, the founder of IKIGUIDE. I hope everyone has enjoyed an awesome Christmas!

Today’s post outlines IKIGUIDE’s 2019 focus: Four blockchain themes that we will be working on throughout next year. We have been to so many bitcoin/ cryptocurrency/ blockchain technology conferences this year and are truly excited about starting 2019!

The main motivation for writing this post is primarily to review what we will say “YES” and “NO” to in terms of requests to contributions, guest posts and advertorials. Essentially, we would warmly like to invite you to contribute articles if what you are passionate about falls within one of the four themes. Likewise, it is very unlikely that we will accept your advertorial request unless it falls within one of the four themes.

With this in mind, let’s get started!

In 2018, IKIGUIDE’s main revenue source has been from Investor Relations/Marketing / PR done on behalf of Japanese blockchain/ICO companies, and we are very grateful for this. Personally, I am not sure why Japanese firms like to approach IKIGUIDE, and I would like to think that it is because IKIGUIDE reminds Japanese people of IKIGAI. Now, that’s a pretty good review of what we have been doing, isn’t it? 🙂

At any rate our team is humbled and grateful for the opportunity to serve and to articulate the various visions of Japanese companies to the world. Personally, I do favour Japanese projects because most of them are so interesting, in terms of concept. Coming from a PR and tokenomics standpoint, these projects are stimulating and in general do good to society.

Readers can look forward to various Japanese media partnerships that IKIGUIDE will be making throughout the year 2019. This would include translation and backlinks to the Japanese media, so that English-speaking followers can finally have first-hand news of what is going on in the blockchain/ICO scene in Japan.

At the same time, we would most likely be continuing our IR/ Marketing/ PR work done for these Japanese blockchain/ICO companies, and look forward to bringing the best essence of Japanese blockchain technology and innovation to the world. It is very cool to be able to play a part in internationalising Japanese ecosystems!

According to industry data and research, Security Token Offerings are likely to be trending the whole of 2019. #securitytokens

Of course, there are a lot of people who call themselves “experts” in the field currently. What we at IKIGUIDE seek to do is perhaps, to do the due diligence on your behalf. As a team we believe that the developments in the area of STO discourse are still fluid and rapidly changing.

Against this context, we look forward to bringing you the latest updates in all areas, including legal, cryptoeconomics and the PR/ community aspects of STO projects.

Theme #3: Blockchain Use Cases for Enterprises

According to TechCrunch, blockchain technology has slowly begun to work its way into Enterprises. For a rather comprehensive directory, please refer to Hacera’s Unbounded Network of Networks.

Theme #4: Blockchain And The Developing Worlds

Last but not least, we will be focusing on the education and use of blockchain technology in developing worlds, especially when it comes to reducing the financial and income gap.

This is to stay true to the core vision of IKIGUIDE, which is to encourage inclusivity and minimize poverty all around the world, in the spirit of decentralisation. We look forward to a future where people start to not use fiat currency and move towards other forms of decentralised currency in the world.

We look forward too, to supporting projects that builds people and communities by reducing the GINI coefficient of the nation-state. =)

These four points pretty much sum up our 2019 focus of the year!

We would absolutely love to hear from you– feel free to drop us an email if you would like to contribute to any one or more of the above four themes. =)