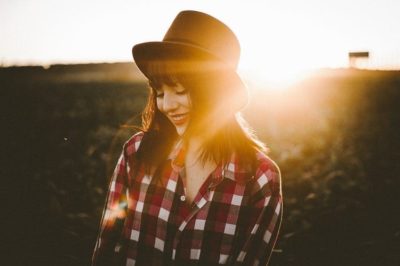 Today’s post is on blockchain technology and verifiable public information.

In particular, I posit that blockchain technology can lead to a world where people lead better lives by making less delusional decisions. This is based on one of the fundamental characteristics of human nature– that all human beings seek glory and avoid shame.

First and foremost, have you ever considered why the elements of privacy and confidentiality are so important in life?

Of course some people are like open books you know–they simply don’t mind people knowing about their sex lives to detail, about their past traumas, about what triggers them, etc. Then okay lah I can accept, because ‘your life your choice’. But why impose such value systems on others?

On hindsight, I guess not respecting confidentiality triggers me so much because I have witnessed many times how people get screwed all over due to someone else misusing their information. It’s even worse when such people say they have good intentions when they share such personal information.

Such “well-intentioned” people will tend to say–

‘If I have good intentions, why should you care if I blab or not, if I were discussing with my peers how to best help you?”

Frankly, I consider this sort of perspective as disrespectful and condescending, because the assumption is that I am willing to let your peers “help”.

What Is The Value of Verifiable Public Information?

For the purpose of today’s post, here’s a definition of the value of information:

This is a rather clear definition, isn’t it?

So the next question is…how accurate or verifiable is your information?

Now, again verifiable public information is useful if and only if you believe that “human values” are different from “market values”.

This is because a price tag is put on the value of information, by its very definition.

From a humanistic standpoint, verifiable public information is important precisely because people are mostly delusional. Sometimes people might not even know or want to admit that they are delusional, in the event that they really cannot see reality.

We’re all entitled of course to our own delusions (defined as an inability to see reality), and this is why a common consensus on verifiability is important.

In addition, people usually have regrets only on hindsight, with additional information. And therefore there is value to verifiable public information.

From a market standpoint, verifiable public information will affect the way you choose things or make decisions– and both contingencies can be calculated and measured in numbers if you want to do them properly.

In particular, you can do the psychological profiling of people once you find out certain personal information about them, which can then be used against them in economic terms, not necessarily by yourself.

Now, consensus on the part of the masses is the ultimate use case for blockchain, because once you get the masses to agree on something, it then becomes the new social norm.

And this is the power of verifiable information, backed by the consent of the masses.

Take for instance a fact that has happened. If there is haze in Singapore now, can people verify its accuracy independently? The answer is yes.

If there are more than say 100 people chosen at random verifying this fact independently, can we safely say that there is currently haze in Singapore? The answer is then yes too.

What if you telling your truth is tied to your reputation, which is publicly available for all to see? Will you then lie? The answer is of course no.

Therefore you see, blockchain technology when used in the context of verifying information has the ultimate power to make the world a better place, because human beings will then learn to regulate themselves.

If it is as clear as day that you do not have professional experience in something, for example, would you then lie about it publicly? The answer is no, because you want to avoid shame. And since the answer is no, by this very same system the blockchain technology compels you to deal with reality as is.

If it is as clear as day that most people on a dating platform rate you as a “4” when you rate yourself as a “9”, and both your rating and theirs are made public and verifiable, would you then not adjust your own rating to avoid shame and ridicule? The answer is yes. So once again, by the very same system the blockchain technology compels you to deal with reality as is.

And therefore, there you go! We all will be able to see reality more for what it is and live a better life. Since certain information is publicly recorded, the cost of lying to avoid shame and seek glory is now higher, and the possibility of people seeing and therefore coping with reality is higher.

So I’ll really argue that blockchain technology will lead to a world with less delusions, and by that virtue more people who can make better decisions. Not only for themselves, but for the larger world because it is shameful to keep doing banal stuff, and it is glorious to go after something bigger for themselves.

I hope you have enjoyed this post today! Do leave a comment–I’ll love to hear what you think 🙂