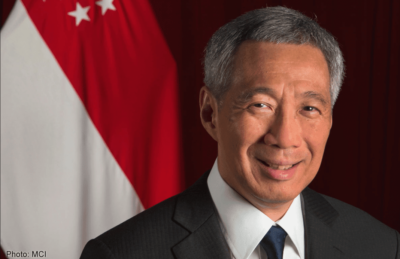 This morning I read an article that Singapore’s Prime Minister Lee Hsien Loong posted, on how investing in “the human touch” can greatly improve the communications for the Singaporean government.

The following paragraphs especially resonated with me:

“How, then, to combat such cynicism? Communication between the Government and its constituents simply needs to become more human. Where there are human reasons behind a decision, sometimes, it is better to just tell it like it is.”

It seems to me that the Singaporean government tends to adopt a paternalistic communication approach which can be interpreted as high-handed. That being said, I believe that most of our leaders have generally positive intentions for the future of Singapore, even if they make mistakes like the YOG massive overspending from the initial allocated budget of S$104 million to S$387 million. That’s approximately a 350% miscalculation LOL.

The one thing about the communications in the Singaporean government is this: Some politicians do not actively invest much in or effectively communicate their personal brands. This is not uncommon considering how busy some politicians are. They might therefore not see the need for spending time on maintaining their reputations. They might even think “hard work speaks for itself”.

However, the danger is that the public might not even know how hard some politicians work. Because this simply isn’t actively communicated to the public!

So today, I want to illuminate how PM Lee uses his social media channels to engage millions of Singaporeans. In particular, I will highlight how he uses these channels to communicate the “humanness” behind his massive role as the Prime Minister of Singapore.

I hope by writing this, other politicians can learn something from PM Lee’s excellent personal branding via social media, and start to communicate positive intentions and create trust via their social media channels too.

1.What is personal branding?

Personal branding can simply be thought of as “the things Singaporeans say about PM Lee Hsien Loong” at the Kopitiam. And if we define personal branding as such, PM Lee seems to be a true influencer. 😀

2. How much of a social media influencer is PM Lee?

3. Is PM Lee aware that he is communicating his personal brand across his social media channels?

The answer is yes.

In this interview, PM Lee muses:

“[Wanting to engage Singaporeans on social media] makes me a lot more conscious in pitching what I want to say, to ask myself how will I distil this down in a form which someone can digest on Facebook or Instagram?”

This shows that he has the Singaporean masses in mind whenever he posts something on his social media channels.

PM Lee also takes selfies because wants to endear himself to Singaporean millennials, many of who are already voting and will soon be voting.

Taking selfies is not uncommon for politicians: Ex-Finnish Prime Minister Alexander Stubb, who was unfortunately kicked out of the PM role by his own party after just one lacklustre and disappointing year, used to take a lot of selfies with younger folks too.

Clearly, the difference with “selfie taking” between the two Prime Ministers is that people tend to see our Singaporean PM as “endearing” and the ex-Finnish Prime Minister as “superficial”.

Don’t believe? Well, don’t trust my words, trust the numbers. Just look how the ex-Finnish PM’s party members voted him out of party chair and how he blatantly went back on pre-elections promises not to have education funding cuts.

It was a stupid move by Alexander Stubb to spam selfies during the election campaigns. Because BEFORE the elections, PM Stubb went to take photographs with students that said that he would never do education cuts IF elected. However, after he got elected, he just went ahead to cut education funding. So the angry students/student unions had physical evidence that he lied (because he held signs that wrote in black-and-white that he would never do education funding cuts) and he cannot backtrack on his words.

This shows that when you do personal branding, you got to be authentic. It is important for Prime Ministers to walk the talk too. Not just anyhow take selfies or make empty promises.

Or, if you want to make empty promises, LEAVE NO TRACE!

It also helps that PM Lee is a great photographer. 🙂 PM Lee’s social media feed is a joy to look at.

4. Functions and types of content across all three channels:

According to the book Brand it like Beckham, it is argued that the wildly successful David Beckham brands himself systematically according to two tiers: Public and Private.

Well–PM Lee obviously doesn’t accept brand sponsorships. So instead of (3) Sponsorship, PM Lee does (3) “Travel/ Charity” as part of content. PM Lee “endorses” certain areas or causes and link these experiences back to Singaporeans/Singapore.

“Bonding” session with the Prime Minister of The Phillipines, Rody Duterte.

PM Lee consistently dresses according to the occasion and context. If it’s a formal event, he’s always in suits and ties. If it’s a smart casual event, he doesn’t wear a tie. If it’s dinner with Barack and Michelle Obama, he’d dress formally as befitting of a white house reception. So with regards to fashion, it’s nothing out of the blue.

Photo taking on a casual walk in Singapore.

Photos taken in Japan…that is LINKED to Singaporeans! Notice how this subtly (and I believe, genuinely) communicates that Singapore/Singaporeans is always on the mind of PM Lee? 🙂

Wefie with Ho Ching and a horse. (Should be called a horse-fie 🙂 ) Mongolian President Tsakhia Elbegdorj presented horses to leaders attending the Asia-Europe Meeting (#ASEM) in Ulaanbaatar. Horses play an important role in the life of Mongols and are revered in Mongolian culture. There is a saying that “A Mongol without a horse is like a bird without the wings”. I named my horse ‘Bintang Temasek’ (Star of Temasek), but alas, will not be taking him back to Singapore. I think he will be much happier on the wide open plains of Mongolia. – LHL

We draw strength from our people, two societies built on multiculturalism and on merit. In the United States, we call ourselves a 'melting pot' of different races, religions and creeds. In Singapore, it is rojak—different parts united in a harmonious whole. We’re bound by the belief that no matter who you are, if you work hard and play by the rules, you can make it." —President Obama on our friendship with Singapore. Thanks for following along today as we welcomed Prime Minister Lee to the @WhiteHouse. For more future updates like these, follow us! —@WhiteHouse

-PM Lee as Son, when both Mr. and Mrs. Lee Kuan Yew are still alive:

Discussion: Why is it important to have a mix of public and private photographs?

-Having a good mix of both public and private photographs is to inspire and endear.

How can politicians all over the world learn from PM Lee Hsien Loong’s social media branding?

I hope you have enjoyed this piece! Let me know in the comments what you think.