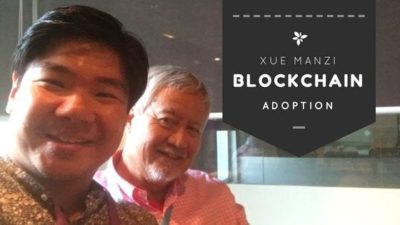 Daniel: What is the most interesting and impactful part of Blockchain to you

This Killer app must be adopted by billions of people. Previously people used the internet. for communication but today, we don’t just transfer information – we transfer assets. And the world’s biggest asset is the digital asset, 10 times bigger than physical assets. Decentralized can securely distribute digital assets.

Iki: A digital asset is any form of text or media which is formatted into a binary source and also includes the right to use it; digital assets are categorized into images and multimedia, called media assets and textual content. Differentiating and defining different forms of digital assets can help in the management of digital assets. Big corporations such as Microsoft, Oracle, Apple and many others are using digital assets to grow their enterprise. In the upcoming market, we expect the uproar on the best digital assets (tokens) with the strongest use case, backed by real, legitimate businesses.

Digital assets that solve real problems will emerge as winners. Email has its root in the military technology. In the late 1960s, MIT graduate Ray Tomlinson was working at research and development firm Bolt, Beranek and Newman. His work included contributing to technologies which relate to the ARPANET, this resulted to the birth of Email.

Daniel: Which parts of China is the most vibrant in Blockchain and why?

Charles: Personally I think, Beijing, Shanghai, and Hangzhou. Hangzhou has the DNA of entrepreneurship. Guangzhou has lagged behind.

Out of the top 100 global blockchain company patents ranking in 2017, five of them are located in Hangzhou. Alibaba ranks first with 49 patents, and the other four companies are all among the top 50. Shenzhen is one of the birthplaces of China’s computer industry and is also known as China’s Silicon Valley. Shenzhen has become a new world center for mining machine production. Miners from the United States, Japan, South Korea, India and Russia gathered to Shenzhen to purchase mining equipment because the marketing pricing is most attractive.

Daniel: What do you think is needed for the adoption of Blockchain from a Chinese Investor.

Charles: Time. Even if your father is Yao Ming, you need a few years to be a basketball player. You need even 10 months to have a Baby.

Iki: [Source] We are still in the early stage and bitcoin’s meteoric price rise makes it easier and not harder for new investors to justify stepping in as it is now a large class too big to ignore. 2018 will see a widespread institutional buying and other cryptocurrencies but buyers need to be aware that, for bitcoin to sustain its rally, scaling solutions must work in the real world, and critical governance challenge must be resolved. We would also see several institutional, retail and family office money entering the market. Many people and organizations have not invested because of custodial reasons; they are either unwilling or unable to hold private keys.

Daniel: Many users are weary and are unsure of the security and legitness of Blockchain.  What do you think is required to change this.

Charles: Before people dip into Blockchain, they should join a fund who has a track record who has a certain percentage that is diversified. The fund must also be knowledgeable on how to avoid specific coins.

Iki: Crypto world is growing in leaps and bounds, and has already made lots of people rich. But the high volatility in the cryptocurrency markets can make it tricky to keep track of the rewards. Because of this, you need to stay up to date with upcoming projects as well as those that have been in existence. Also, you need to be on the lookout for “pump and dump” opportunities in the sector. Currently, there are various kinds of crypto funds which you can invest in. there are digital currency hedge funds, regulated cryptocurrency investment trusts, digital asset investment platforms for private investors, and crypto index tracker funds. Each of these funds offers different kinds of investment for different types of investors.

Daniel: What would you like to tell Readers, both Chinese and Vietnamese?

Charles: Global is one village. The distance between China and other places are getting smaller and smaller. In a single conference like this, the distance between people is so close. At least we get to speak to people from all over the places.

The blockchain is not a technology 100 years ago. It’s now, and the adoption can be instant. People should do something with a large addressable market otherwise you cannot survive. 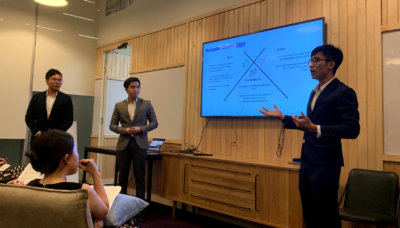 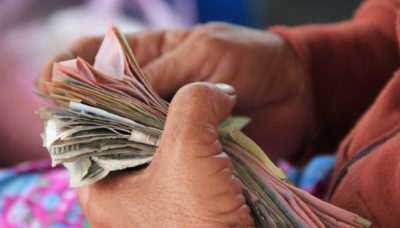 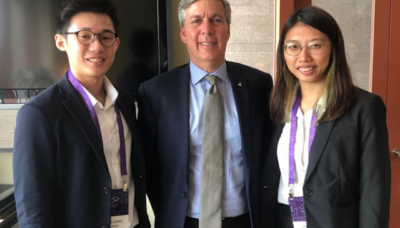