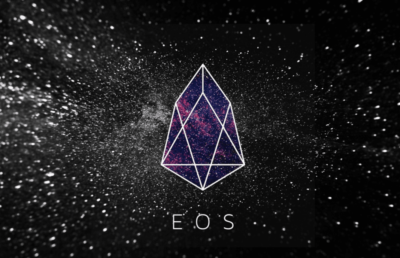 Today we had the privilege of attending Singapore’s first ever EOS meetup at The Blockchain Hub in Suntec City!

EOS.IO platform aims to serves the unbanked in the world and EOS basically calls itself “the ethereum killer”. This sort of reminds me of Stellar Lumen’s vision, which is pretty cool!

That being said, I first got to know about EOS through this funny clip from “Tonight with John Oliver”. The commentary was made in a tongue-in-cheek manner though:

So you see, Oliver basically made fun of EOS and that had been my first impression. Against this context I was really happy to find out more about the project tonight!

Here are some photographs/notes from the event:

The event started with a slide on EOS price–Some speculators around me were therefore rather excited at the start. For me, I was rather surprised to learn that the ICO is still ongoing. As I googled more, I found that this may well be the compelling reason behind the renewed interest in EOS, from a pricing perspective.

My friend N commented this about EOS genius pricing structure, which I found quite smart. And allow me to quote her:

“The EOS ICO is super well done from a pricing perspective.

The ICO works by bidding UP the price. So lets say I release 2 million tokens. The market goes ok its worth $1000, so each token is 1/2000 dollars. Other fellas go holy shit that’s cheap, let’s jump in. Then it goes to $20 apiece. Oh shit its too expensive. But look! EOS is trading on X Exchange at $17! Let’s buy that instead!
So the prices balance between the exchange and the ICO at market equilibrium!
And because EOS runs the ICO over a year, constantly selling their offering at market rate, their market cap becomes massive relative to a regular ICO that sells all the coin at below market equilibrium!
But this also means that the upside potential has been fully captured! So after the ICO closes, I don’t see an upside potential to EOS unless something major changes.
In other words, the ICO stopped functioning like an ICO long ago, and is effectively working like dual open market trading ever since the first ICO phase ended.However, because it has the ICO brand, everyone thinks there’s an upside, so it creates an upside.“

And here’s more introduction about EOS…

There was a surprise here once again, that the founder of ethereum-killer EOS is also the co-founder of Steemit. I’ve always found steemit’s “proof of brain” concept really fascinating, and it is no wonder he came up with a unique concept for EOS as well. Really smart guy!

What I found really interesting was that users need not pay gas for transactions on the blockchain, which is really cool.

There was this panel involving EOS affiliated teams, who then had this really vibrant discussion amongst themselves:

Anyway it was interesting that the emcee of the night actually mentioned that some developers are exploring having cryptokitties on the EOS blockchain eventually.

What do you think of the EOS platform and its current mooning price? Leave a comment!