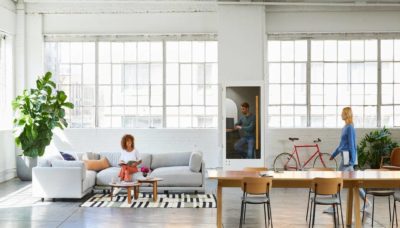 Artificial intelligence, big data and blockchain technology are complementary technologies. At IKIGUIDE, we believe the future of work lies predominantly in the combination of AI x Blockchain.

Future of Work: Riding On The New Infrastructure Created By AI x Blockchain

The function of Artificial intelligence is to identify the request of the other party’s blockchain interaction activity, recognise the activity type, and submit it to big data for activity analysis and prediction. Thereafter, a data scientist could sieve the results and draw a conclusion whether it is ok to sign a “contract” with the other party.

All interaction information that occurs after signing the contract is recorded and stored through the blockchain, and subsequent blockchain interactions can be processed according to this contract, without the consensus processing of big data, so this architecture is called the new blockchain architecture.

Based on artificial intelligence, big data and blockchain, we can build a new architecture. In this infrastructure, blockchain is the core and serves as the underlying data foundation.

Future of Work: Is Artificial Intelligence A Cause For Concern?

Many people are worried about whether the product of artificial intelligence–robots —will have their own thinking and destroy human beings, just like in a movie. However, the development of blockchain technology is very fast and the scope of application is more and more widely. When we combine the two, it will be a great invention that is better for the world. In other words, it will not threaten the safety of human survival.

The contract layer, incentive layer and consensus layer in the original blockchain architecture are not needed, because the blockchain is a private blockchain. Here, everyone and each organisation can generate their own blockchain according to this architecture and can recognise each other, unlike the public blockchain of bitcoin.

The Combination of AI and Blockchain Encourages Inclusivity In The Workforce

As a standalone technology, there is a high barrier for enterprises to adopt and use Blockchain. The technology is still not smart enough, and each blockchain is independent of each other

Therefore, as long as we follow a unified architecture, which is easy to use and expand, we can develop blockchain like a Linux open source software. As a result of this, everyone can participate– therefore, more and more applications can be created.

The addition of artificial intelligence and big data into the blockchain architecture is for the convenience of expansion and evolution. Compared with the original architecture of blockchain, AI has more expansion space for intelligent contract and scripts/code, and can adapt to and deal with more complex scenes and objects.

The blockchain level of consensus in the replaces how organisations are currently dealing with big data. Now, there is no need to worry about work done, as big data calculation, analysis and decision-making ability solves the consensus problem of chain and different private the block chain.

The combination of AI x Blockchain can also handle complex interaction request or artificial intelligence analysis tasks, which can access a large number of blockchain data faster and better.

Where Do We Go From here?

Here at IKIGUIDE, we are optimistic about the future of work. What is most important is to be prepare ourselves to be in a good position. Both AI and blockchain technologies are mutually inclusive, and could potentially pave the way for a much more inclusive, open and transparent future of work.