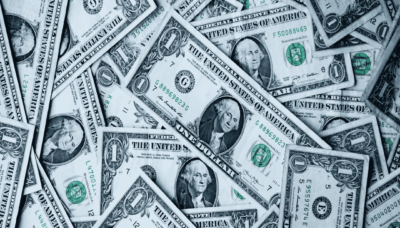 The ongoing trade war between the United States and China could result in a volatile world economy anytime soon, and the two largest economies could weaponize their currencies by continuously devaluing them to make exports cheaper and imports more expensive. Against this context, would a global cryptocurrency really replace the USD as reserve currency anytime soon? Is it then high time for global leaders to consider creating consolidating resources to jointly create a digital world reserve currency?

Recently, the Bank of England governor Mark Carney posited that a central bank-supported digital currency could replace the dollar as the global hedge currency. We also know that from historical data, the prestigious position of each dominant reserve currency lasts between 80 and 110 years, before it dies an eventual death.

Historically, there have been several reserve currencies used as reserve currency. For the past 600 years, the global economy has been dominated by various European countries, until the United States took the lead.

Since the 15th century, the world’s reserve currency was dominated by countries in Europe: Portugal, Spain, netherlands, France, U.K. All saw their national currencies dominate international trade. After the Bretton Woods system was established in 1944 to replace the gold standard, the dollar replaced the pound as the world’s reserve currency. Under this agreement, countries pledged to let their respective central banks maintain fixed exchange rates between their currencies and the US dollar.

The various countries agreed to favour the Bretton Woods system over the Gold standard as this gives them more flexibility to cope with the aftermath of the Great Depression. Also, most central banks felt that some form of benchmarking towards the US Dollar is better than none at all, as of the case of a floating exchange rate.

In many ways, we can sense the impending doom of the US dollar as reserve currency.

According to Planet Money, the dollar has enjoyed that status for 75 years. We must note that way before the Bretton Woods agreement, the dollar was already commonly used for international trade. This implies that it might well be time for the US dollar to be replaced by something else, according to historical averages.

Increasingly, the dollar is no longer compatible with the Bretton Woods system. We are now in a trade and currency war that could potentially lead to volatile and unknown consequences. The Federal Reserve is playing its “easy” card of quantitative easing, which refers to the simply printing money to solve various economic problems in the short term. This liberal printing of money is inflationary and results in the rapid decay of money as a storage of value.

Simultaneously, the hands of the authorities at the central banks are tied because they have to use monetary policy with caution. Chillingly, even they does not even know what will happen to ultra-low interest rates, because negative interest rates distort incentives.

Yet, with all these considerations, President Donald Trump still pushed for negative interest rates for America three days ago!

The Perfect Storm For A Global Cryptocurrency?

Given the existing blockchain technology, it is perfectly reasonable to imagine the next world reserve currency as a non-sovereign currency. We are already witnessing many nations creating sovereign cryptocurrencies—

—So why not a global, unified cryptocurrency as the next reserve currency?

As mentioned above, in 1944, the US dollar replaced the British pound and won the status of the world reserve currency. In 1971, the Nixon administration completely removed the gold peg, setting the stage for the current dollar system that is “backed by oil”. This means that the US can print money more freely and live at the expense of others, because every economy needs oil.

The key difference today however, is that the dollar is no longer compatible with the Bretton Woods system. At some point too, the US dollar would also cease to be “backed by oil”. The reason is because oil producers may stop selling gasoline in dollars, and the world will start to increasingly adopt electric cars. In addition, there are also some BRICS countries (Brazil, Russia, India, China and South Africa) that pose a real threat to the dominance of the US dollar.

Some has argued that the likely next candidate for a global reserve currency is the Chinese yuan. Yet, given the ongoing currency war China is having with the US, coupled with years of a deliberately undervalued yuan, the route to being the next reserve currency might not be an easy one for China.

Against this context, it is not unimaginable that the world is moving towards another world currency, and that could well be a decentralized digital currency.

The Rise of Sovereign Cryptocurrencies

Recently, Augustin Carstens, chief executive of the Bank for International Settlements (BIS), told the Financial Times that central banks will issue digital currencies earlier than we expected. Indeed, the central banks of many countries are already testing a sovereign cryptocurrency out, including CBDC in China, Project Jasper in Canada and Project Ubin in Singapore. This is no small news and the implication would be that the mass adoption of cryptocurrency and decentralised finance would come faster than we could imagine.

While we may see a world reserve cryptocurrency, various governments will still control it. It is likely to rely on a licensed blockchain rather than a public network. We might start to witness new global alliances that governments might form.

The world’s reserve currencies are thousands of years old, but they all have a shelf life which last for many decades. Given existing technology, it seems entirely logical that the next world reserve currency will be a non-sovereign one.