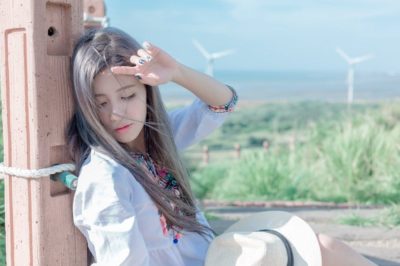 Pretext: Can You Trust Influencers?

What do you think of when you first see the two words “Influence Chain”?

Do you think of something positive or negative?

Frankly, “influencers” seem to have a really bad name in Singapore. I have so many friends who call them “influenza”, a word carrying the negative connotation of an unwelcome, annoying virus. Consider the very recent MOF influencer saga, when many Singaporeans questioned the rationale behind using “superficial” influencers to draw attention to the “very serious” national budget.

And how about the various sagas related to XiaXue Vs QiuQiu, XiaXue Vs GushCloud/KayKay, XiaXue Vs Eunice Annabel, etc? And people getting angry over Melissa C Koh’s sponsored wedding? And how about the perceived superficiality involving FavesAsia’s “micro influencers”?

So the most important question remains: Can you trust influencers?

How do you know their statistics are not photoshopped, or how are you so sure that they do not have fake fans, considering it is so easy to purchase social media following these days?

Or as a business owner, do you know or care about such metrics?

If you– as a business owner– are suspicious of influencers inflating their market value and still want to explore influencer marketing, we have some good news for you!

Influence is now on blockchain via Influence Chain. This implies that influence can now be objectively and authentically measured according to a clearly defined benchmark.

Influence Chain’s ICO is the world’s first ICO related to celebrities. They are changing how influential power can be evaluated and this creates more involvement for the supporters of celebrities.

Founded in 2017, Influence Chain is a token based ecosystem that utilizes the advantage of blockchain in an attempt to peg a verifiable value to the concept of “influence”.Here, influential power is considered a private intellectual property belonging to each influencer, which can then subsequently be monetized into digital assets specially for token holders.

The marketplace known as Influence Exchange (INEX) is where the Influence Chain Token (INC) is traded.

Another interesting thing about Influence Chain is the Influence Index. It is a publicly accessible analysis tracking the individual performance of influencers listed on INEX. Supporters and fans of each individual influencer can then be able to evaluate the collective influencer of their idols and make wise trading decisions.

Now fans can be part of their idols’ careers in a real and tangible manner–isn’t that exciting?

The Influencer Market In China Is HUGE.

We all know how big the Influencer Market is in China, and how it is underutilized in the country.

In particular there is this concept of 网红, and given that there are 1.379billion people in China, it is only logical that influence and attention are huge deals in China.

I’ll urge everyone to watch this excellent piece by 罗胖, on the power of influencers in the age where attention is so scarce. It’s in Chinese though, so if you can understand Chinese watch this at least 3 times!

So given that InfluenceChain is made up of a core team of smart Chinese people, the INC token does seem to have good flipping potential! I won’t comment anything about its long term potential though–do your own research 😛

And the best part is that Influence Chain is not just limited to China–it is designed to be GLOBAL. Now all of your favorite influencers can measure their influence in a verifiable and standardized manner, and fans can also start to have a say in their idols’ careers!

How Is The Influence Chain Token (INC) Sales Thus Far?

So for their Pre-Sale, InfluenceChain has sold 100 million tokens of Influence Chain within 4 days at USD$0.35 per token.

Their ICO public sale will be sometime in end of March to start of April.

So stay tuned to IKIGUIDE or INFLUENCE CHAIN FB as we will update when dates are confirmed! 🙂

Catch our IKIGUIDE Interview With The Influencers LIVE!!!

Or better yet, join the Influence Chain event by RSVPing here!

IKIGUIDE’s superstar representative Reggie Koh– who has specially flown back from China–will also be interviewing three of the most popular stars featured in Sing! China. They are Olinda Cho, Curley Gao and Yin Ern and our whole team is so excited!

We’re especially excited to be interviewing Olinda–Reggie adores her to bits!!

Yin Ern has a super strong fanbase in Singapore–personally, a lot of my relatives like her because she has such a sweet voice!

Our team is also very curious about the “mysterious redemptions on site”–will they be giving out complimentary influence tokens? *wink wink* Personally I’ll actually want their coins more than the iPhoneX that they are giving out in the lucky draw.

Having said that, you can join the contest here, there is still time! 🙂

Okay our IKIGUIDE team will see you there ok? Say Hi! when you see us 😉 For more event updates, do visit InfluenceChain’s official website.