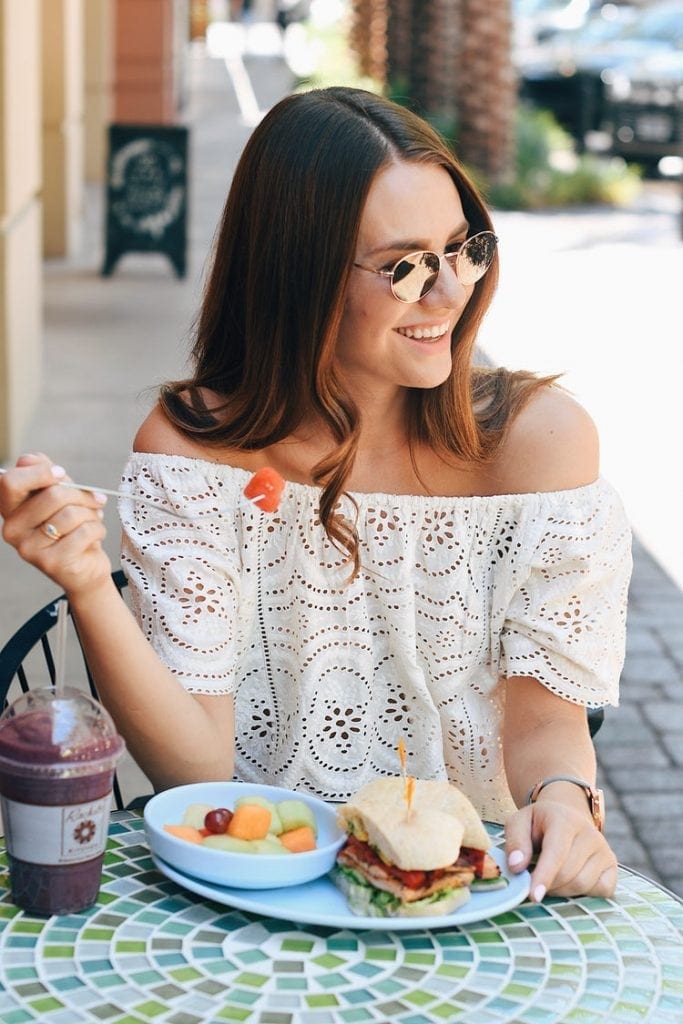 Fuelled by their passion for travel, food and bringing the freshest produce from artisans around the world, expat couple Ruth and Kris came up with the idea of Stoke, a gourmet BBQ company. BBQ is a very popular form of cooking in Singapore at family gatherings, chalets and camps. Ruth and Kris are food lovers and enjoy the relaxed nature of BBQs but thought to themselves: how can we reinvent the BBQ in Singapore?

We managed to catch up with the two founders of Stoke and find out what is ‘grilling’ behind their new creation.

IKIGUIDE: Why gourmet BBQ, of all food choices?

STOKE: In Singapore, there are outlets like BBQ king, they will do the traditional chicken wings and satay packages but there are three key ingredients to a good BBQ, one is the food, one is the drink and the third are your friends or the people you are BBQ-ing with. We always have the second and third but the first one is the same old thing.

Nah, we don’t want the same old thing. The second issue is that there are retailers that will sell you organic but then you would have to hunt for them, all the specialist meat shops, curate them and bring them back together. We want to make it a fun experience and give them specially prepared parcels that are curated by us with full food traceability. We want to make it enjoyable at an affordable price as gourmet food does not necessarily have to be expensive.

IKIGUIDE: BBQs in Singapore among the locals are often just an afterthought with the standard dishes such as chicken wings, stingray and the works. What challenges do you think you guys will face in getting locals to accept and embrace gourmet BBQ?

STOKE: That’s a very interesting question. The standard local BBQ fare is rather ‘efficient’ and based on what’s easily available. It can be a challenge to introduce something new but we also see a lot of Singaporeans who like to go to new restaurants, take photos and share with their friends. Singaporeans travel a lot and they like to try new cuisines. So we’re building on that curiosity to try and experiment with new foods. We want to offer new and easy alternatives outside of the standard imagination of what BBQ means, therefore we wanted to create something like Stoke.

IKIGUIDE: You mentioned curated food parcels for BBQ by Stoke. Tell us more about what delicious items will be inside those parcels.

STOKE: Ah! Our luxury box will be good for about 6-8 people and it’s a showcase of all the specialities:

We will have a basic set with just meats but we will obviously recommend the luxury one with the gourmet appetizers because that cannot be found elsewhere. At a later stage, we are also planning to introduce seafood items in the parcels.

IKIGUIDE: We understand you are launching and funding Stoke via Kickstarter. Why did you all choose that approach?

STOKE: There’s a proven statistic that there is no successful F & B Kickstarter campaigns from Singapore and we’re hoping to break that mould. Stoke is hoping to be the first successful F & B company on Kickstarter. Our target is £10,000, which will be about 20,000SGD and we will be going for about 100-250 supporters before we get funded. We will be launching our Kickstarter on the 23rd of February and we will have one full month for people to pledge and hopefully we can meet the target.

From the business side of things, a lot of people usually think, “I’ve got a great product, I’m gonna have a retail store, I’ll put it up on Kickstarter and see what happens”. They don’t do a lot of that pre-marketing and awareness because you need to let the market know what’s happening out there. What we’re trying to change that approach, to go beyond that and work on different touch points such as digital and campaign marketing and hopefully the Kickstarter will be successful. At the end of the day, we want to get the word out to as many people as we can.

If our Kickstarter campaign is successful, people can also buy a ticket for a gourmet BBQ party. We will have a celebrity chef who will actually showcase our products at a venue in Singapore where you’ll learn some of the tricks of the BBQ and have intimate evening with like-minded people. We want to show people that BBQ is easy, you can either buy a ticket to the BBQ or buy a food parcel yourself.

IKIGUIDE: How long has it taken for Stoke to develop as an idea to the current stage into almost fruition?

STOKE: It took about 3 years because the issue you have in Singapore, like in Europe is the very strict regulations on import. First of all, you have to apply for a license so that you can import goods. Although we may know the artisans, Singapore restricts what you can bring in from other countries and the authorities usually vet those establishments in a cycle, it can be ten years, it’s not every year. We may have found an artisan, but we need to find a channel that you can actually bring the products in and we have to work with another partner to bring them in because they are not regulated by Singapore itself.

Another fundamental challenge that we have are that these artisans are very small and they do not know how to export. So we had to give them a crash course on how to get their branding correct, how to talk to the local equivalent of AVA (Agri-food and Veterinary Authority), how are they gonna handle that, be the middle conduit. We have to build up that relationship so that’s why it has taken us 2 years because everything has to go through proper channels.

IKIGUIDE: Thank you for taking time to speak to us, we wish you guys the very best for Stoke’s Kickstarter campaign!

To find out more about Stoke, you can visit their Facebook page.
To support their Kickstarter campaign which will commence on 23 February for one month, click here.