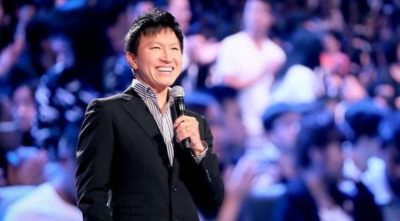 [Update: A LinkedIn friend commented, “Is this satire? Nowadays it is so difficult to tell.”]

The City Harvest Saga has been drawing mixed reactions online after the announcement of appeal outcomes.  A significant portion of the public is horrified because the jail sentences of the six accused are halved!

As I read articles after articles with interest, what became strikingly obvious to me is how systematically Kong Hee does his personal branding. So I thought I will do a two part series on this topic.

Part I (this post) of this series is intended to be as neutral as possible–it aims not to make value judgements. Here, I focus on facts/ the “what is”. This post will cover:

Part II of this series is a co-authored piece with Ms Loh Suet Yee. It builds on the premise of this post and will talk about how an excellent personal brand, when backed with a sound business and digital model, can drive tons of revenue to your organization.

Definition of personal branding in a religious context

For the purpose of this post, I will define personal branding as–

“a set of values held and amplified by a leader, made obvious through the organization he leads.”

So you might now wonder– why might a Pastor want to do personal branding? Shouldn’t the focus be on God or on Christ? Is there even a need for a pastor to draw attention to himself/herself?

Now, a pastor might want to do personal branding because there are 10000001 interpretations to Christianity. By doing personal branding, the pastor can be made accountable to his ideas and vision behind the church and congregation. At the same time, this pastor can own the innovation and success behind each and every message that is preached in the church that he/she has started.

Personal branding done by the head pastor of the church is also a great way to set expectations and guidelines for the values of the church as an organization. For example, if a particular pastor is a hip magician, then of course you will not associate the church he heads with “boring” or “traditional”.

So if you are a “modern” or “hip” person, you might consider joining the “hip” pastor’s church over a “boring church” because the pastor is pretty hip himself. Therefore the pastor’s personal branding is a way for him to get more people with similar values and aspirations to join his congregation and he grows his church productively this way.

As such, it is entirely possible to go to Kong Hee’s church to “worship God as the centre”. Both “God” and “Pastor” are not mutually exclusive– it is just that Pastors do personal branding to highlight a particular theme, focus or denomination their church represents.

Let’s now talk about the 5-step approach to branding yourself like Kong Hee:

Step #1: Identify the pain points of your congregation or prospects. Preach messages that provide direct and fast solutions to these pain points.

Pain points can include:

Logic: People react to pain points so growth will be fast. You don’t even need to proactively convince people in pain, because they would want to stop the pain as soon as possible.

If the message you preach provides immediate and simple relief to pain points, people will be more willing to commit to your church.

Example: How Kong Hee’s approach is different from “the typical mainstream pastor’s”:

The argumentative structure of “a typical mainstream” pastor looks like this:

The drawback to this approach is that it is so vague. Exactly how do you trust God and exactly how should you do effective prayers?

Now, Kong Hee’s approach is completely different. It follows this argumentative structure WITH detailed actionables members of the congregation can execute:

See the difference in how solutions are proposed to pain points between the “typical mainstream pastor” and Kong Hee?

In Kong Hee’s case, a simple solution is offered to the congregation. As long as you fear not having enough money, you tithe, because God promises via the bible that he will eventually return your tithe 30-fold, 60-fold, or even 100-fold!

It’s all biblical! 🙂 And most people don’t really check context, so it’s probably okay. Even if they do check, what do they know? One can argue that it is a matter of interpretation.

Step #2: Include aspirational elements in your personal brand

You can include aspirational elements via fashion, lifestyle, culture, title, company, or any material stuff.

“Aspirational elements” alludes to exclusivity–visible things that only “high class” or “people who have made it” can buy.

The reason why these elements are considered “aspirational” is because the mainstream media (including movies and TV) says so. Brands pay big money in advertising to associate positive traits with these items or way of life. The logic is that your followers “of lower status” can then “look up” to you because of these aspirational elements.

Becoming like you is positioned as “an upgrade”. Include enough aspirational elements in your image so that your followers view it as a “level up” when they seek to become more like you.

Kong Hee is amazingly good at this!

FACT: Kong Hee is respected all over the world by his followers, he travels all over the world to preach (and charges for it), and he does own a megachurch in Singapore. Moreover, he stays in Sentosa Cove, temporary or otherwise.

Also, his WIFE and SON once stayed in Hollywood, living in a $28,000-a-month rented Hollywood Mansion. His wife Sun Ho used to be a global pop-singer, with a few best-selling albums (due to strong support from church members) a feat (failed one nonetheless) that most of us can only dream of. You can’t get any more aspirational than this!

Well, if the leader is so well-groomed and affluent by society’s standards, then followers will want to become more and more like him due to the aspirational element.

This is the power of “image” because all human beings have their cognitive biases. Our brains associate “well-groomed” people with everything good, and most decent people seek to live out “glamourous lifestyles” like Kong Hee too.

Logic of the masses: As a pastor who heads a mega-church, how can so many people be wrong about his character?

So how do you “level up” and become more and more like Kong Hee? Dress well, go to City Harvest Church, network and tithe (because God will return 30-fold, 60-fold and 100-fold)!

3A. Do random stuff so that you don’t seem so “serious” as a pastor.

Like eating peanut butter for fun. This is so that your followers can see a lighter side to you:

Actually this strategy will work if Kong Hee isn’t embroiled in this SGD50mil court case.

Because how many pastors dare to show the world this casual side of themselves? Not many, really.

3B. Talk about your loved ones on social media and display your roles especially yourself as (1) a husband and (2) a father.

All these help to humanize your brand so that people don’t attempt to demonise you. Like:

I personally think it is hard to demonize a family-man.

This is just one example of Kong Hee talking about his family members on his social media channels.

Step #4: Include superhuman elements in your personal brand

These superhuman elements inspire awe and elicit fear in your followers, because your followers, as mere mortals, simply do not have such powers. Also, prior literature has suggested that human beings are wired to love drama and heroic stories.

Superhuman elements that Kong Hee have adopted in his personal branding strategy include:

A) God apologising to Kong Hee

Notice that in the above video, Kong Hee takes the role of the “reluctant superhuman hero” by

Well, followers love the idea of a reluctant hero, because this hero lives for a purpose that is bigger than himself. Isn’t that quite cool and noble, if you follow this logic?

B) Praying in tongues in Aokigahara Forest, alternatively known as “suicide forest”.

There are pretty dramatic elements in this video!

Again, dramatic elements alludes to the idea and image of a hero who is superhuman. This hero lives for something that is larger than himself and hence gains his powers from there.

People are fascinated by grandeur, confidence, dramatic and theatrical elements and therefore follow Kong Hee. This reminds me of a quote by President Donald Trump (The Art of the Deal, 1987, p.53):

“The final key to the way I promote is bravado. I play to people’s fantasies. People may not always think big themselves, but they can still get very excited by those who do...People want to believe that something is the biggest and the greatest and the most spectacular...It’s an innocent form of exaggeration – and a very effective form of promotion.“

Hey, President Donald Trump has a pretty compelling personal brand himself, too!

Step #5: Create a mission larger than yourself and strongly link your personal brand with that mission

Why follow societal norms? Be the leader who sets the norm. Be a leader who owns innovative, ambitious and revolutionary ideas and projects.

And it is very important that you let everyone know that you determine and own that innovative idea/ initiative.

To be honest, I have always personally been fascinated by “The Crossover Project“. To me, this initiative is highly ambitious and innovative.

They do so via their personal brands.

The logic of the Crossover is also argued to be biblical: Jesus never ate with people who say that they are very righteous; he always sat and ate with sinners. After eating with them, sinners are touched by the Love of God and decided to follow Jesus.

In the same vein, the Crossover Project aims to convert tons and tons of people and save millions of souls via popular music.

Theoretically, this is actually an excellent conversion strategy, don’t you think? Get non-Christians interested in the popular music, ride on their interest and tell them “by the way” about Jesus Christ and the Gospel.

I personally think the failing lies in execution, because we are human after all. Name me a human being whose priorities is unaffected by fame, competition and the real high life?

However, in spite of multiple failings and mistakes, it still doesn’t negate the possibility that the intention and very idea of the Crossover is pretty sound and good.

In addition, Kong Hee does actively use his personal brand to champion the crossover, and such ideas and initiatives are actively distributed via social media channels and City Harvest Church’s own media. This indicates an active control of the narrative of what is going on with the Crossover Project. The huge fan and follower base they have also ensures that people in the Christian community knows that Kong Hee is the leader behind such an innovative Crossover Project.

It’s a huge pity that the execution went wrong.

TLDR? Here are the five steps once again:

Steps #1 to #5 are highly replicable to any extent in any leader’s personal brand. Oh and by the way, “If humble people make the best leaders, why do we fall for charismatic narcissists?”

Human nature, that’s why 🙂 It’s in you. We’re all wired for drama, as long as it doesn’t harm or affect us.

Got to go, stay tuned for Part II of this series next week! 🙂 We will show you how Kong Hee makes use of his excellent personal brand to drive huge inflow of money for City Harvest Church.

Interview with Shentonista: Exclusive Tips on Personal Branding and Fashion! 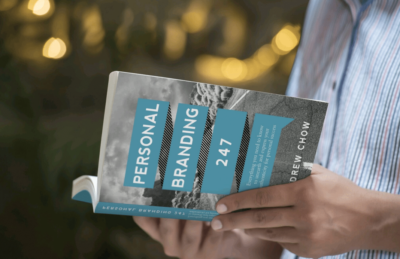 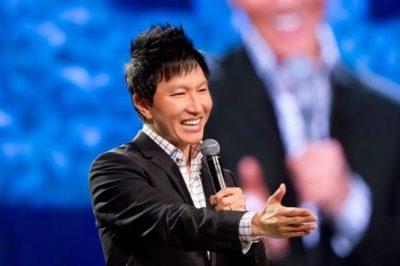 The Many Faces of Kong Hee.