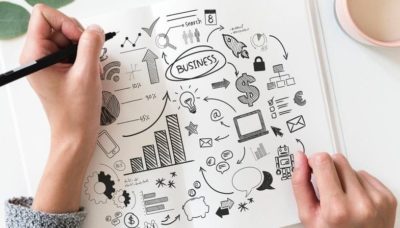 This is a guest post from Bo-Yeon Beon, Marketing Manager of Kyber Network. Enjoy the read!

—
In its return to Singapore, Blockshow Asia promised to be the “largest blockchain technology roadshow” with its emphasis on showcasing innovative blockchain solutions. Certainly, its tagline “Making Blockchain Mature” gave us an indication of the central themes that the speakers and panelists will be covering.

“What does it really mean to make blockchain mature?” was a thought that sprung to mind as I made my way down to the conference venue.

As a marketing person at Kyber Network, the core objectives of my role are to communicate Kyber’s vision and development to our target audience, engage our community, develop partnerships within the blockchain ecosystem and increase adoption of our solutions.
In a way, my role in facilitating the growth of Kyber is a microcosm of the ecosystem’s wider agenda of the maturity of blockchain technology. The ingredients for growth are similarly applicable for both Kyber Network and its ecosystem: Utility, Diversity and Collaboration.

The greater the utility, the clearer its determinable and applicable value. Blockshow Asia did a really good job discussing relevant topics and covering actual blockchain use-cases. From the impact of regulations (Governments taking over Blockchain) to application of blockchain technology (Corporations tackling Blockchain), the conference covered a wide-ranging variety of flagship topics that are significant to the future of Blockchain.

An indicator of a robust ecosystem is the diversity of the elements within. As I made my way around the venue talking to the media and other projects, a common topic of discussion was the bear market that cryptocurrency seemed to be entrenched in. It wasn’t uncommon hearing terms like “HODL” or “Winter is coming” circulating around!

Despite the frigid market conditions, the mood within the conference was generally positive with a larger emphasis on developing products and solutions that would actually bring value. Indeed, accessibility and diversity are directly relational.

It was encouraging to see so much diversity in the participants and attendees of the conference. There were so many interesting projects exhibiting at the booths like EToro, Blockchain Cuties, Connectome etc where their product demonstrated how they implement blockchain technology on top of their businesses! Speakers hailed from different industries and there was a good mix of key opinion leaders representing both the mainstream and the blockchain spaces.
On top of that, who would have thought that Blockchain would get to the stage where it becomes Art! For those who missed it, ‘Art of Blockchain’ was a particular highlight for me.

While collaboration between mainstream businesses and blockchain projects are essential for wider adoption, there has to be an intentional effort to foster closer intra-ecosystem partnerships for the space to truly mature. A great initiative that the Blockshow team implemented was in creating a telegram group for the participants to communicate with each other.
With just a simple “#whois”, members were able to look up other projects that were of potential interest. The networking app was particularly helpful in allowing us to schedule meetings with people that we wanted to speak to. Certainly, it did achieve its objective of creating greater inclusivity with these simple but impactful initiatives.
I had a great time at Blockshow Asia 2018 and I’m looking forward to its return next year hopefully with even more mainstream businesses getting involved in this space. By then, we should be able to see more real-world impact of blockchain technology in making users’ lives better.
Wouldn’t that be maturity? 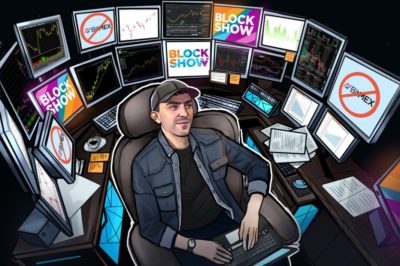 Where Trust Lies: BlockShow on How to Value Risk