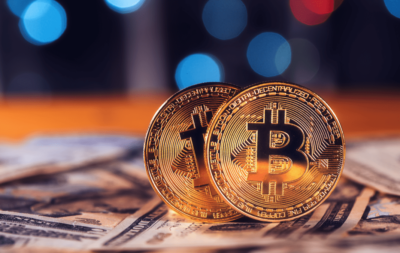 Within the last 24 hours, Crypto markets have seen the largest divergence between its largest used currency anchors US dollar (USD) and USD Tether (USDT/ Tether). Tether broke past $0.95 USD per Tether at the peak on 15 Oct 18 as seen on coingecko.

With its multi-billion dollar level market cap, a seemingly small 5% divergence would, in fact, equate to having millions of dollars simply vaporizing. Tether which have long claimed of its 1 to 1 backing of its tokens to the USD is currently having one of its largest confidence blow.

How Significant Is This Divergence?

This is extremely significant as of the top 10 crypto exchange by market volume, only 4 uses fiat currency for its transactions pairing. 1 of which belong to the highly controversial Bitfinex whose CEO is also known to be in charge at USDT. No doubt this recent specticle have also resulted in a divergence in bitcoin price amongst the various exchange. BTC/tether vs BTC/USD prices currently averages a 5% disparity hovering around $6700 tether vs $6400 USD. Coinmarketcap’s volume ranking still does not take into account this disparity and still indicates tether as USDT.

With tether corporation being rather opaque, it is hard to know who actually owns majority share tether tokens. A simple guess would lead us to all these no/low fiat currency crypto exchanges. Given their large stake and tether being a significant part of their exchange ecosystem, these major exchanges will likely continue to sustain and use tether during the meantime. The exchanges will start exchanging back some portion their own tether tokens for USD or while looking for alternative tokens. Should tether implode, normal holders of tether will be most greatly affected.

Well let’s be honest here. How many non-USA citizens know how to and have successfully converted back tether for USD? The ones going to be most greatly affected will still be normal exchange users who may have holdings and who may not have notice that their “fiat” holdings are actually tether tokens. The best alternative is thus to rotate into bitcoin and alternate major tokens explaining the current upturn in the crypto markets.

USDT had long standing dubious rumours along with its ties to Bitfinex. The previous spectacle in which Tether encountered a hack with reported stolen tokens back in Nov 2017 have already sealed a nail. With the recent deposit freeze at Bitfinex followed by tether withdrawal freeze at Binance (one of the largest crypto exchange), it seems likely to be another nail in the coffin. Although it is hard to know how tether this will turn out, things are looking grim for it.

I have included some reference links below for those who want to read up on more details.

Melvin currently participates heavily in the blockchain, ICO space through Exchange & ICO conferences. As a formal Investment consultant, he was heavily involved in the discussion of Cainz Organisation’s current affairs and economics events. His experience in analysing and writing on the wider ecosystem brings a wide perspective to readers. Connect with him on Linkedin @ https://www.linkedin.com/in/melvin-fisharo/